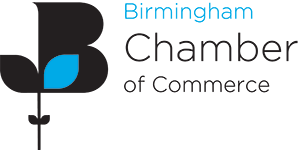 Chamber of Commerce for Birmingham

Birmingham Chamber of Commerce needed a new brand that would better reflect the modern business support organisation that they are today. The existing brand cemented the false impression, that many held, of the Chamber as being dated and for bigger businesses only and there was a distinct lack of consistency across departments. We were asked to create a new, modernised brand, one that clearly aligned them with the British Chambers of Commerce and that combined each of the 5 Chamber divisions with Birmingham as the overarching brand.

Having worked with other Chambers of Commerce, such as British Chambers and Coventry and Warwickshire Chamber, we fully understand how these organisations work. And, so that the new brand challenged perceptions and changed minds we asked members and prospective members what they thought of the Chamber and what they wanted.

The new logo was designed to reflect a collaboration with British Chambers and exploit the theme of growth and connections to bring it right up to date and make it more approachable. Each division had its own colour and all complimented each other when sat together under the overarching Birmingham Chamber Group colour. We identified that a key benefit to members was the opportunity that Chamber Membership opened up to them and signposted them towards. We developed this leading benefit to the new strap line ‘Connecting you to opportunity.’

Following the new brand we designed a website, brochures, flyers, banners and exhibition graphics to ensure that the brand was consistent across all material. As part of the re-brand we also addressed internal change to ensure that the Chamber had a clear and consistent message, regardless of who you spoke to or which department you needed.

A modern brand that revitalised the Chamber’, both internally and externally.

The branding was consistent across two regions and staff were excited and enthused by the new message. The focus on growth and business connections appealed to a wider audience, including some of the smaller companies who had previously decided the Chamber wasn’t for them. New services evolved as a result of the re-brand and the Chamber lost the dated image that it previously held.

If what you’ve read here has left you wanting to know more please give us a call for a chat. And, if you’re interested in meeting up to talk about your marketing more in depth and to get a feel for us and the way we work, let’s arrange a time to meet. We look forward to hearing from you and doing business with you. 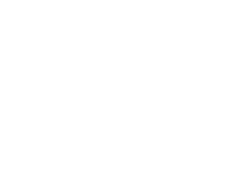 PLEASE GET IN TOUCH : WE PROMISE, NO JARGON!

If you want a results driven, straight talking agency.
One that combines business sense with creativity, then please give us a call on +44 (0)121 607 1908